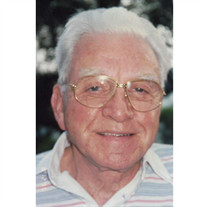 FURR, Walter E. Jr. M.D., 98, passed away peacefully surrounded by family on November 20, 2020. He was born in Macon County, NC on April 11, 1922, the son of the late Dr. Walter Eugene Furr and Burdell Williams Furr. He attended the University of North Carolina Chapel Hill for undergraduate studies and Northwestern University School of Medicine. He completed his medical residencies at Northwestern and the Cleveland Clinic and served in the United States Navy in Pensacola, FL, for four years before moving to Miami-Dade County and beginning his successful medical practice in 1955. Dr. Furr was a well-known general surgeon in South Florida with privileges at several hospitals, including Hialeah Hospital, Palmetto General Hospital, North Miami Hospital and North Shore Hospital. A true trailblazer in surgical medicine, Dr. Furr was an expert in gas infections and one of the first to work on the transplantation of the liver, developing several innovations that are still used in surgery today. He served on staff and in medical leadership positions at Hialeah Hospital for more than 25 years and helped design Miami Dade’s medical disaster/trauma response coordination in the 1960s. In 1972, he was one of the doctors who tended to multiple victims of Eastern Air Lines Flight 401, which crashed in the Everglades. An avid reader, photographer, fisherman and botanist, he told stories of Miami from the 1950s and 1960s including fishing off Brickell Key when it was a sandbar and clam digging on Key Biscayne. Walter was particularly fond of attractions in South Dade including Fruit and Spice Park, Fairchild Tropical Botanical Gardens and The Kampong. A man of few words and deep thought, he was happiest when on the water, in his garden or workshop. When not in the operating room or seeing patients, he could be found on the bay boating and fishing, in the garden tending to his plants and orchids, tinkering in the garage, cooking, reading or fixing things around the house. Walter, fondly known as “Gene” to his friends and family, retired in 1989 and moved back to his beloved mountains in Cashiers, NC, where he maintained residence with his wife, Mary O’Keefe; they also spent time in Crystal River, FL. Mary preceded him in death in February 2008 and Gene then moved to the Vi in Aventura, where he was a favorite of the nurses and staff. He is survived by his sister, Katherine Furr Reid of Wilmington, NC, and brother, James Franklin Furr (Annette) of Burlington, NC. His sister, Frances Furr Putnam, predeceased him earlier this year. He is also survived by his first wife, Alice Ethelyn Alexander of Miami Shores, FL; and his loving children, Walter “Terry” Furr (Cynthia) of Tampa, FL; Jane Furr Davis (Todd McLin) of Rincon, Puerto Rico and Doylestown, PA; William Furr (Janice) of Bella Vista, AR; James Furr of Miami Shores, FL; Katherine Honey and Karyn Cunningham of Palmetto Bay, FL; Kenneth W. O'Keefe (Jason Stephens) of Miami, FL; his loving grandchildren Hamilton Davis (Colleen Smith) of Newtown, PA; Elliot Davis (Jessie Holder) of Tampa, FL; Frances Davis (fiancé Greg Hastain) of Portland, OR; and Claire Davis Kaage (Irv) of Whitefish Bay, WI; Jennifer Steele (Carl) of Naperville, IL; Arthur Golk (Jeanette) of Naperville, IL; Alexander Furr (Sarah) of Aurora, IL; Megan Cunningham (Russell Handler) of Boston; Cameron and Brennan Honey of Palmetto Bay, FL, and 15 great grandchildren. Visitation will be on Wednesday, Dec. 2, 2020, from 3 to 6 pm at Van Orsdel Kendall Chapel, with Celebration of Life at 5 p.m. Celebration will be livestreamed and can be found at http://www.vanorsdel.com/obituaries/permalink/9726479/LTWebcast. Dr. Furr will be laid to rest next to his wife, Mary, near his home in Franklin, N.C., on Friday, Dec. 4, 2020, with visitation from 1 to 2 p.m. at Bryant-Grant Funeral Home, 105 W. Main St. Franklin, N.C., 28734, followed by burial at 2 p.m. Woodlawn Cemetery, Woodlawn Circle, Franklin, N.C., 28734. Flowers can be sent to Van Orsdel Kendall Chapel. In lieu of flowers, please support Fairchild Tropical Botanical Garden in memory of Dr. Walter E. Furr, Jr. To become a member, please visit the website at https://fairchildgarden.org/membership/.

FURR, Walter E. Jr. M.D., 98, passed away peacefully surrounded by family on November 20, 2020. He was born in Macon County, NC on April 11, 1922, the son of the late Dr. Walter Eugene Furr and Burdell Williams Furr. He attended the University... View Obituary & Service Information

The family of Dr. Walter E. Furr, Jr. created this Life Tributes page to make it easy to share your memories.

Send flowers to the Furr family.