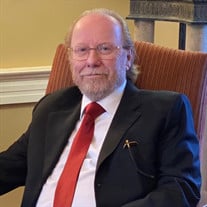 On Thursday, August 5th, Soren Edward Smith Christiansen, V passed away after 80 years of a life lived to its fullest. “Kris” was born February 6, 1941 in Sandusky, Ohio, to S. Edward S. Christiansen IV and Mary Catherine Christiansen. In 1952, his family moved to Coral Gables, Florida, where he would spend the rest of his life. Kris is survived by his wife Terry of 46 years, who supported him along his journey both at work and at home, and is a key influence to his success. Working side by side, they were life partners, often ending each other’s sentences and filling each other’s voids. Her loss is the toughest, but she has the love and support of both her American and Canadian families. A graduate of Coral Gables Senior High School, Kris spent weekends doing what he loved, attending dance parties & sock hops, drag racing, and boating. His career began in 1960, at the age of 19, when he founded Equipment Company of America (ECOA), which operated for more than 3 decades. An entrepreneur at heart, he changed course in 1991, and formed Adhesive Tape Products Inc. (ATP) with his close friend and business partner, Cindy Hertz. By the end of his blessed life, he had traveled worldwide, forming lifelong friendships along the way. Kris will be remembered for his fantastic wit and tales of his travels. His smile was genuine, his laugh contagious, and his table was the place to be at social gatherings! Respected and truly loved by his partners, employees, peers, and friends, he touched many lives, and will be truly missed. Kris is also survived by his four children, Courtney Frugé (Michael), Tiffany Moen (Eric), Soren Christiansen (Sarah), and Anson Christiansen (Sailyn), from his first marriage to Mona Coll, and his 14 grandchildren, 4 great-grandchildren, and the nieces and nephews of his sister, Karen Davis (Robert), and brother William E. Christiansen (Terry). A memorial gathering will be held at Van Orsdel Funeral Home, 11220 N. Kendall Drive, Miami, FL 33176 on Saturday, August 14 from 3:00–6:00pm. In lieu of flowers, memorials may be made to St. Jude Children’s Hospital or the American Cancer Society.

The family of S. EDWARD S. “Kris” CHRISTIANSEN, V created this Life Tributes page to make it easy to share your memories.

Send flowers to the CHRISTIANSEN family.