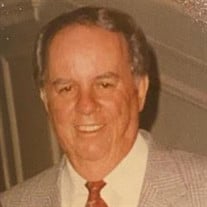 Robert Pierre LeRoux, 84, of Miami, Florida, passed away peacefully on April 5, 2022. His last days were spent with his wife, daughter and son-in-law. He was the third child to Pierre George LeRoux and Margaret Frances LeRoux. He was born and raised in Miami, Florida. His siblings were Suzanne, Paul and Margaret. Most lovingly called him Bob or Bobby. He went to St. Mary’s and Corpus Christi in his primary years where he was a patrol boy. He loved talking about wonderful times he had there. Bob was in the Miami Drum and Bugle Corp with his brother, Paul, who played bugle and Bob played drums. He loved Miami and always said “we were so lucky to have grown up in Miami in the 30s, 40s, 50s”. He graduated from Miami Jackson High in 1956. After high school, he was very proud to have served in the Army where he was drafted twice and honorably discharged. Bob had a wonderful career in the electrical engineering and telecommunications industry where he worked for many decades rising through the ranks and served as a mentor to many both about work and life. Bob took much schooling over his lifetime to learn the intricate and important scale of designing and installing equipment. This knowledge led to him being called back into the United States Army to install big guns along the Florida Keys during the threat of the Cuban Missile Crisis. After work at Southern Bell in downtown Miami Bob sometimes drove to South Beach and swam around the jetties. After he retired, he worked for companies in an advisory capacity. Before and after retirement Bob found joy spending time with family and friends and traveling. He loved cowboy movies, anything technology and babies. He enjoyed going to church and was a devout Catholic. Bob faced many health issues but his solid faith helped him survive them. Bob was preceded in death by his parents, Pierre G. LeRoux and Margaret F. LeRoux and his brother, Paul E. LeRoux. Left to cherish his memory are his best friend, soul mate and wife of 41 years, Tulia; son, Jimmy LeRoux; his daughter, Peggy Nobel and her husband Paul; and his grandchildren, Lauren, Nicholas, and Andrew. He is also survived by his sister, Suzanne and her husband Dr. Joseph Hartigan; and his sister, Margaret Jeanne LeRoux Smith; along with many nieces, nephews and a large extended family. Bob was a devoted husband, father, brother, uncle, grandfather and friend whose generosity and kindness will be forever missed. Funeral arrangements will commence with a wake service on Monday, April 11, 2022, from 10:30 am to 11:30 am at Van Orsdel Funeral Home, 11220 N. Kendall Dr., Miami, FL 33176, (305) 279-6644; followed by a church service from 12:00 pm to 1:00 pm at St. Agatha Catholic Church, 1111 S.W. 107 Ave., Miami, FL 33174, concluding with the burial at 1:30 pm at Our Lady of Mercy Cemetery, 11411 N.W. 25 St., Doral, FL 33172. Please share your memories with the family in our online guestbook at vanorsdel.com

Robert Pierre LeRoux, 84, of Miami, Florida, passed away peacefully on April 5, 2022. His last days were spent with his wife, daughter and son-in-law. He was the third child to Pierre George LeRoux and Margaret Frances LeRoux. He was born... View Obituary & Service Information

The family of Robert Pierre LeRoux created this Life Tributes page to make it easy to share your memories.

Send flowers to the LeRoux family.