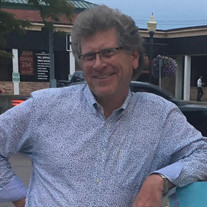 Rick (Richard Gordon) Nelson, 61, of South Miami, FL, passed away on May 24, 2021. He was born in Glen Ridge, NJ, 6/18/1959 to Frank (deceased) and Suzanne Nelson. In 1965, the family moved to North Miami where Rick started 1st grade at Holy Cross Lutheran School. In 1974, the family was among some of the first settlers of Kendall Lakes, and Rick attended Glades Middle School. He graduated from Killian High in 1977, followed by an AA degree in Electrical Engineering from MDCC. Rick ran his own two-way radio shop for many years before starting his first corporate job with PacBell Teletrac. After a few years, he started consulting with Contact New Mexico. It was during that time that he fell in love with the desert southwest. He loved spending time in Albuquerque and Santa Fe. In 1995, Rick landed what he thought was his dream job as a field tech with PCS PrimeCo, building up the network that would eventually become Verizon Wireless. In 1997 Rick received an important phone call from a friend who worked at FPL, and that turned into what was really Rick’s dream job. For the past 22 years, Rick’s work at FPL was instrumental in designing, engineering, and deployment of the company’s statewide radio system. Rick was introduced to Kara (Hamilton) by his sister Lory in 1993. And they immediately hit it off, except for the part where Kara told him his new Springer Spaniel puppy was ugly. Rick and Kara were married in Kaaawa, Hawaii in Oct 1997. Kara thought it would be much cooler to have a marriage license from Hawaii than Las Vegas, NV (his idea). Kendall Leilani came along two years later. She is Rick’s greatest accomplishment, the perfect 50-50 of Rick and Kara. Rick was the embodiment of an amazing father and husband. The Nelson triad did everything together…dog shows, traveled all over the US (CA, MI, WY, CO, WI, PA, TX, TN, NC, SC) and the world (Paris, Algarve, Stockholm) and too many Disney trips to count. Rick loved life. He was always ready for an adventure. He loved fast cars, especially his Corvette. Rick was an avid amateur radio operator. He loved going to the Dayton and Orlando Ham Fests with all of his fellow hams, and especially the group dinners at Linda’s La Cantina. Rick’s smile was infectious, and his brilliant green eyes could light up a room. Rick’s genuine kindness made him a friend to all he met. He was always generous with his time, taking every opportunity to listen and understand who people truly were. Rick used the phrase “Prince of a Man” to describe many of his friends, but was truly the “Prince of a Man”. He is survived by his wife, Kara, of almost 24 years; daughter, Kendall Leilani; his mother, Suzanne; sister, Lory Nelson-Brunner; and her children, Tyler, Brett, and Kyle. In lieu of flowers, donations can be made to Branches-South Miami in his name: (https://app.etapestry.com/onlineforms/Branches/donation.html).

The family of Richard Nelson created this Life Tributes page to make it easy to share your memories.

Send flowers to the Nelson family.