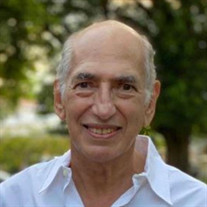 Pablo G. Antoniazzi Miami – Pablo G. Antoniazzi, 70, was born in Montevideo, Uruguay on January 1, 1951. He was happily married to Maria Marcela Urrea. He was the first child of Vittorio Antoniazzi and Zigrid Bergs, oldest brother to Danilo and Gabriela Antoniazzi. He passed away Friday, Sep. 17, 2021, in the presence of his loving family. Pablo graduated from San Juan el Precursor Highschool in Buenos Aires, Argentina and obtained his MBA degree with a concentration in finance from Universidad Argentina de la Empresa in 1978. A creative and designer at heart, Pablo took his first leadership role as General Manager and Head Designer for Antoniazzi-Chiappe S.A., a world premier jeweler and global house of design with retail stores in Argentina and Italy. While in Antonizzi-Chiappe S.A., he oversaw the launch and expansion of the brand across 10 countries and carried the brand through the introduction of Oro Azul (Blue Gold) , a patented alloy combination which originated in Antoniazzi-Chiappe’s own laboratories and earned the house of design world-renowned recognition as well as allowing him to forge relationships and friendships with famous characters, the likes of Christina Onassis, Luciano Pavarotti, Diego Armando Maradona, Susana Giménez and Mirtha Legrand. Leaving his years of retail behind, Pablo ventured into the world of investment banking, studying international marketing with the Bank Boston Foundation. This was followed by a year of raising capital in Switzerland for GBH Inc. It was his experience with GBH that inspired his interest in the world of commodities and catapulted him to launch his own soft and hard commodity trading desk later becoming president of EST Group, a company that included his two sons as team members. Throughout his life, Pablo accumulated a world of knowledge in wealth management, trade finance and project structuring but it was his background in the creative world of fine jewelry that gave Pablo the ability to design strategies in an innovative way. He leaves behind his wife of 40 years, Maria Marcela Urrea Antoniazzi; children, Marco, Martin (Nathalia Cambraia), Paula (Daniel Gross), grandson, Luca Vittorio Gross and an expanding family. Pablo was a man of conviction; he would always treat you with respect and equality. The stories describe a person who was one of a kind, a student of the old school, whose values were founded in honor and respect throughout every interaction in life, big or small. Pablo was a passionate chef and host, recognized by his generosity towards others and talent behind the barbeque. He was a connoisseur of wine and an enthusiast of classical music. An avid sports man, Pablo played rugby throughout his teens and 20’s, becoming a coach later in life to the San Andres Rugby team. He was also a sports fan, watching soccer (Boca Juniors) with his sons was a Sunday ritual. He loved life and wanted to keep living passionately. He leaves a deep void behind and will be sorely missed. Funeral services are Tuesday, September 21 at 10 a.m at St. Augustine Catholic Church, 1400 Miller Rd, Coral Gables, FL 33146. Viewing will follow at Van Orsdel, funeral home, 4600 SW 8th Coral Gables, FL. 33134. The family respectfully requests memorial contributions be offered to Fundacion Nutrinfantil.

The family of PABLO G ANTONIAZZI created this Life Tributes page to make it easy to share your memories.

Send flowers to the ANTONIAZZI family.