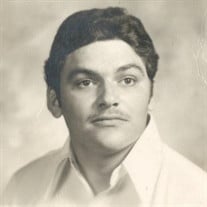 Orlando Prieto Jr., age 67, of Miami, Florida, passed away Friday, February 11th, 2022. He is survived by his mother, Ana Rosa Godinez-Prieto (90). His sisters; Barbra Gil and Margie Aboreden, his brothers-in-law; Peter Gil and Aziz Aboreden, his nieces and nephews; Krysta, Charissa, Nassir, Peter-Joshua, Nicholas, and Ashley-Anna. Preceding him in death was his father, Orlando Prieto. Orlando was born in Havana, Cuba (Wajay), on January 19, 1955. He moved to the United States with his family on October 19, 1967. He arrived in America (Miami, Florida), via the “Freedom Flights” fleeing Communist Cuba and looking for freedom and a better life. He and his family were processed at the Freedom Tower in Downtown Miami. After high school, Orlando attended Miami Dade College and Florida International University. He worked as a substitute teacher and teacher’s assistant for Miami Dade County Public Schools. Orlando was loyal to his family and enjoyed family gatherings and going out to eat. One of his favorite restaurants was Latin American Café on S.W. 8th Street (“Calle Ocho”). He was also loyal to the Church of Christ, he trusted in Jesus and became a Christian in 1972 and was baptized at Central Church of Christ. He was a member of Sunset Church of Christ. Orlando was fond of old movies, musicals, reading (he loved biographies). He had a sense of humor and loved telling jokes. After many years of dealing with health issues, Orlando has gone home to be with the Lord, he is now at peace and in the presence of his loving Father, and his Lord and Savior, Jesus Christ.

The family of ORLANDO PRIETO created this Life Tributes page to make it easy to share your memories.

Send flowers to the PRIETO family.