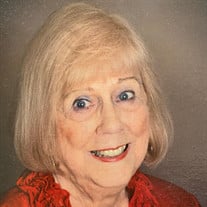 With profound sadness we announce the passing of Mary Dolores Stewart Natiello, devoted mother, caring sister, and friend to all whose lives she touched. She was 82 years old. Born in Blanchard, Michigan, the daughter of Pearl Dewitt of the prominent DeWitt Lumber family, and Raymond Stewart. She was named after Mary Queen of Scotts and always remembered her Scottish heritage and her Stewart clan ancestry. At age 6 she lost her mother and was separated from her younger sister. They were sent to live with different families and would not reconnect until much later in life, which was a source of great joy for her when they finally reunited. As a teenager Mary lived with a governess and was known for her high intelligence and love of books. She was most proud of being valedictorian of Blanchard High School, Captain of the women’s basketball team and first chair French Horn. After high school she was admitted to Michigan State University and received her BA in English. Mary would remain a fan of her beloved Spartans for life, especially basketball. Growing up in a small town, she had always dreamed of going to the big city. After college she went to New York City, got an apartment in Manhattan and a job at an engraving company where she worked in sales. After getting married in Greenwich Village she moved back to Michigan where she worked at the East Lansing Savings and Loan in mortgage lending while her husband pursued his graduate degrees. This job in finance prepared her for her future career. Mary raised her family in Coral Gables, Florida, and was active in many charities supporting the arts. She was also a Girl Scout Leader. She would have lifelong friendships with many people she met during this time. Once her children were older, Mary decided she would re-enter the work force and received her MBA from the University of Miami. Working at South Shore Hospital in Miami Beach she started in medical records, was promoted to pharmacy manager, and then worked directly under Colonel Harry Zubkoff. At this time there were many holocaust survivors treated in South Shore Hospital and she got to know each and every one of them and their stories, which remained with her throughout her life. She was then asked to join Dr. Hubert Rosomoff, one of the pioneers of Neurosurgery, to become part of the Department of Neurosurgery at the University of Miami School of Medicine where she then rose to Vice Chair. She then remained as Vice Chair under Dr. Barth Green. She was always proud to be a part of academic medicine and the groundbreaking advancements made by Dr. Green and the other neurosurgeons. Her position also included being involved in the Miami Project to Cure Paralysis and she was also proud to support an organization that brings hope to so many. Upon retirement Mary was able to follow another dream which was to travel the world, which she did mostly by cruise ship. One of her great desires was to go to the arctic circle to see penguins which she loved. Sadly, this was not to be. She spent the last part of her life in Port St. Lucie where she took up pottery and won some awards for her work. She was also an avid reader of mystery novels, and continued to use her financial knowledge as treasurer of her church. She is survived by her daughter, Hilary Natiello, and is predeceased by her son Thomas Natiello, Jr. In heaven she will not only be joining her son but also her mother, and her beloved rescue dog Tobi. A funeral mass will be held for Mary Stewart Natiello on October, 13, 2021 at 10 a.m. at St. Augustine Catholic Church, 1400 Miller Rd, Coral Gables, FL 33146, followed by a burial service at 11:15 a.m. at Woodlawn North Cemetery, 3260 SW 8th St, Miami, FL 33135. In lieu of flowers she would be honored with a donation in her name to Born Free Pet Shelter, www.bornfreeshelter.org.

With profound sadness we announce the passing of Mary Dolores Stewart Natiello, devoted mother, caring sister, and friend to all whose lives she touched. She was 82 years old. Born in Blanchard, Michigan, the daughter of Pearl Dewitt of the... View Obituary & Service Information

The family of MARY STEWART NATIELLO created this Life Tributes page to make it easy to share your memories.

With profound sadness we announce the passing of Mary Dolores...

Send flowers to the NATIELLO family.