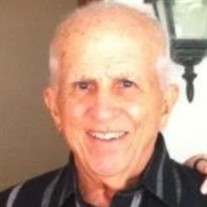 Dr. Jesus L. Lastra, 93, Miami, Florida, July 22, 2021 He was born in La Salud, Cuba and received his D.D.S. degree from the University of Havana, Cuba in 1952. He was married to Silvia in August 1950. He opened his private practice in Havana and became a professor in Crown and Bridge at the dental school Leaving Cuba in 1961, fleeing the communist rule of Fidel, he worked as a dental lab technician in New York City, Jacksonville, Florida and Los Angeles. He went back to school to obtain his D.M.D. degree from the University of Alabama and remained teaching there until he was able to obtain his Florida dental license in 1968 after becoming an American citizen. He moved to Miami and began private dental practice again until his retirement. He was an avid fan of the Miami Dolphins, Miami Hurricanes, Miami Marlins, and the Alabama Crimson Tide. He enjoyed playing tennis and attending the tennis tournament on Key Biscayne. He loved music, theater and the opera and was a member of the Chopin Foundation. He was passionate about his profession and loved to teach. He believed in service and was past president of his local Lion’s Club and Sertoma Club, as well as the Greater Miami Dental Society, the Dade County Dental Research Clinic and a founder of CEOLA. He represented the Greater Miami Dental Society on the board of the East Coast District Dental Society and as a delegate to the Florida Dental Association. He was a Fellow of the Academy of General Dentistry, and the American College of Dentists, and the International College of Dentists. He taught for many years at the University of Florida Hialeah Dental Clinic and helped many foreign trained dentists obtain their license to practice in Florida. He was preceded in death by his father Patricio and his mother Antonia, and sisters, Lilia and Amelia. He is survived by his wife Silvia, children Idalia and Teresa, loving son-in-law Dr. John Raffel, and granddaughter Carolyn (Alexander Black). Viewing on Sunday, July 25, is from 2pm to 4pm at Van Orsdel at 4600 SW 8th Street. Mass of Christian Burial at St. Kieran’s Catholic Church, 3605 S. Miami Avenue, Coconut Grove followed by internment at Woodlawn North, 3260 SW 8th Street at noon on Monday, July 26, 2021.

Dr. Jesus L. Lastra, 93, Miami, Florida, July 22, 2021 He was born in La Salud, Cuba and received his D.D.S. degree from the University of Havana, Cuba in 1952. He was married to Silvia in August 1950. He opened his private practice in Havana... View Obituary & Service Information

The family of JESUS L. LASTRA created this Life Tributes page to make it easy to share your memories.

Send flowers to the LASTRA family.