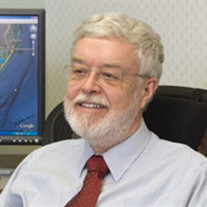 James Stewart Mattson, a father, husband, grandfather, brother, friend, Ph.D. scientist and lawyer, died of heart problems and Alzheimer’s. Jim was loved for his generosity, superior intellect and tenacity. He relished challenges. He used his scientific training while practicing law in the Florida Keys for over 30 years. Jim’s practice with his associate Andrew Tobin, was environmental administrative and regulatory land use and zoning law. During 1983-93, Jim was an Adjunct Professor of law at the University of Miami. Before moving from Washington DC to the Florida Keys in 1983, he was a member of the professional staff and congressional liaison to the NOAA National Advisory Commission on Oceans and Atmosphere. While working at NOAA he identified National Marine Sanctuaries throughout the U.S. and Caribbean working with and testifying before Congress. Before that he worked on the NOAA team that assessed damages from oil spills world-wide. He helped to identify the type of oil in spills and worked on cleanup activities. He was a consultant on numerous oil spills for the State of Alaska from 1981-91. From 1972-76 Jim was an Assistant Professor of Chemical Oceanography at the Rosenstiel School of the University of Miami. He is author of over 50 publications in peer-reviewed journals and several books. He received three advanced degrees from the University of Michigan: Ph.D. Water Resources in 1970, M.S. in 1969, B.S. in 1966. He received a law degree with honors in 1979 from George Washington University. Jim was born in July 1945 in Rhode Island, the first child to Irving Mattson and Virginia Lutey Mattson. The family soon moved to Michigan, and he grew up in Bay City. Jim loved music and played clarinet and alto saxophone with his Handy high school band buddies. His favorite hobby was photography. He took pictures of family, underwater while scuba diving, sailing and traveling the world. He was an avid reader of non-fiction books. Jim is survived by his wife of 38 years, Rana Fine, Professor Emerita of the Rosentiel School, University of Miami. His first wife, the mother of his children, Carol Sandry Sauder, is deceased. Jim is survived by a son James Mattson Jr., Ph.D. (Sarah Morris) of Seattle WA, a daughter Birgitta Mattson (Mark Goldberg), and a grandson Michael James Goldberg of Los Angeles CA. Jim leaves three siblings: Judi Mattson of Englewood FL, Ranny Levy of Santa Fe NM, and Richard Mattson of Bay City MI. We thank his amazing caregivers C.J. and D.B.J. Gifts in memory of Jim should be sent to Alzheimer’s.org. The family is having an open house at their home on Sunday 30 May from 2-6pm.

The family of James Stewart Mattson created this Life Tributes page to make it easy to share your memories.

Send flowers to the Mattson family.