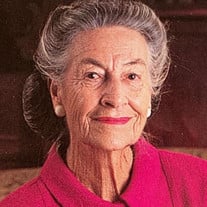 One day after her 100th birthday, Helene Putnam Kichefski passed away on August 26th, 2021. Raised in Coral Gables, Helene graduated from Ponce de Leon High School and attended the University of Miami on an academic scholarship. She was a member of many organizations including Chi Omega sorority and Mortar Board Honor Society, graduating Cum Laude with a Business degree in 1942. It was at the UM that a young Helene met and married Walt Kichefski, a member of the football team, who would go on to play for the Pittsburgh Steelers before returning to coach for the Hurricanes for more than 30 years. After he retired from coaching, he went on to serve as founding director of the Athletic Federation (now the Hurricane Club). Helene was a member of the Athletic Advisory Committee to the UM Board of Trustees, served on the Board of the UM Alumni Association and was a tireless volunteer for both the Athletic Federation and the University of Miami Sports Hall of Fame. She was one of the first three women tapped for the prestigious Iron Arrow Honor Society and, along with her husband, was named Alumni of the Year for the UM in 1977. In addition to her UM activities, Helene was honored to serve as one of the first College Assistant Program advisors for Miami Dade County Public Schools. A gracious hostess, Helene enjoyed cooking large dinners for the many dear friends and UM colleagues that became part of her extended family. There was always an extra seat at her Thanksgiving table or a spare room for a visiting family member or friend. Even after her husband’s death in 1992, Helene remained active at the University of Miami. She was the chairperson of the annual Old Timers Homecoming gathering, attended UM Sports Hall of Fame banquets where she proudly presented the Walter Kichefski Football Scholarship award each year and attended football games well into her 80’s. In addition to her husband, Helene was predeceased by her daughter, Helene Peeples Suflas and her grandson, Nicholas Walter Galeri. She is survived by her daughter, Mary Alexis Galeri (Angelo), grandchildren, Katerina, Kristin and AJ Galeri, grandson, Lance Peeples and great-grandson, Kanai Peeples. She was also “Aunt Helene” to many of the large Kichefski clan who she loved dearly. In lieu of flowers, the family suggests a donation in her memory to the University of Miami Sports Hall of Fame, 5821 San Amaro Drive, Coral Gables, Florida, 33146. A Catholic mass celebrating her life will be held at a future date.

One day after her 100th birthday, Helene Putnam Kichefski passed away on August 26th, 2021. Raised in Coral Gables, Helene graduated from Ponce de Leon High School and attended the University of Miami on an academic scholarship. She was a... View Obituary & Service Information

The family of HELENE P KICHEFSKI created this Life Tributes page to make it easy to share your memories.

One day after her 100th birthday, Helene Putnam Kichefski passed...

Send flowers to the KICHEFSKI family.