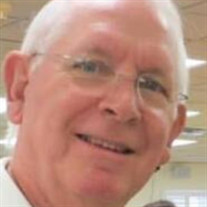 Gordon Lloyd Schwieger June 18, 1940 – November 5, 2021 Miami Florida – On Friday, November 5th, Gordon Lloyd Schwieger passed into the loving arms of Jesus at his home shared by his devoted wife of 60 years, Sandra T. Schwieger. He was 81. Gordon was a native Miamian, who graduated from Miami Senior High in 1958. Upon graduation, Gordon enlisted in the Navy. In 1959, he attended Fleet Sonar School in Key West. He was then stationed in San Salvador, the Bahamas. He married Sandra in 1961 and was then stationed in Cape Hatteras, North Carolina where he concluded his navy career. Upon completion of his tour of duty, he began evening college classes while raising a family, at both the University of Miami and Florida International University. He went on to become a Certified Public Accountant. He had a long and successful career as a CPA in his own practice, Gordon L. Schwieger, CPA. Gordon is preceded in death by his parents, Paul and Florence Schwieger, his sisters, Eleanor Wright and Lorraine Parsons. He is survived by his wife, Sandra, his children Vicki and Dale (Noga, Daniel, Isabella), his grandson, Alan, his nephew Gary Parsons (Steph) and his niece Terri Ritchie (Gene), great nieces and nephews, Melissa, Megan, Tony, Kelly and Jaimie. Gordon was a loving husband and father who will be missed by all who knew him. Celebration of Life planned and organized by family and friends, will be on Thursday, November 11, 2021 at Van Orsdel in Kendall. If you wish, in lieu of flowers, donations to Samaritans Purse at www.samaritanspurse.org are welcomed. Military Funeral Honors will take place at the Graveside. https://www.youtube.com/watch?v=-jZ4KL6I8io

The family of Gordon Lloyd Schwieger created this Life Tributes page to make it easy to share your memories.

Send flowers to the Schwieger family.