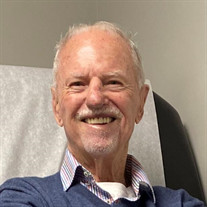 Eugene (Gene) Pyfrom died unexpectedly in Miami, Florida on Friday, 18th February. Gene was born in Brooklyn, New York on 12th January 1931 to Theodore Roosevelt (TR) Pyfrom of Eleuthera and Florence Steele Pyfrom of Meriden, Connecticut. His parents had travelled from Nassau to New York looking for work during the Great Depression. In 1937, the family moved back to Nassau where Gene attended St Francis School, and later La Salle Military Academy in Rhinecliff, New York. Upon graduation from La Salle, Gene enrolled at the Catholic University of America in Washington, D. C., graduating with a degree in Architectural Engineering. In 1956, Eugene founded Cavalier Construction with the late Godfrey Lightbourn. Projects bearing the Cavalier stamp of quality and longevity, ranging from luxury private residences to hotels, schools, condominiums, and office buildings are found throughout the country. Gene was also the co-founder with Godfrey of Bahama Gunite, which later became Gunite Pools. Gene loved The Bahamas and shared that love with his family. Their fondest memories of him are the many great adventures he took them on while boating, fishing, camping, and exploring the islands, especially Eleuthera and Exuma. Eugene is survived by his wife Roxana, his daughters Rosanne Pyfrom, Michelle Goodwin, and Barbara Miller, his granddaughters Heather Goodwin, Emma Goodwin, Laura Goodwin, and Zoe Dunkley, his sister Lynn Holowesko, his brothers Jerome Pyfrom and William Pyfrom, his stepdaughters Fariba Villegas Hodges, her husband Douglas, and their sons Darian and Douglas Hodges Jr., and Paloma Villegas Adrian, her husband Raymond and their son Renzo, and numerous cousins, nieces, and nephews in the Pyfrom, Holowesko, and Pritchard families as well as multiple friends and family in Miami, Peru, and countries all over the world. He was predeceased by his daughters Christine, Laura, Ruthie, Elisa, and his son David. Burial will take place at the Sacred Heart Catholic Church Cemetery in Nassau, Bahamas

The family of EUGENE ARNAUD PYFROM created this Life Tributes page to make it easy to share your memories.

Send flowers to the PYFROM family.