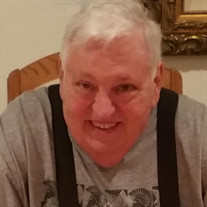 David Victor Oppelt, a retired educator, husband, and father of 5, died Tuesday (March 22, 2022). He was 78 years old. He was born in San Bernardino, California on February 23, 1944. As a young boy living in Albuquerque, New Mexico, David, in his own handwriting stated, "I was a Catholic. When I went to the church, which was very beautiful , I would be in the church praying to the Heavenly Father that I would want to serve Him; and this became a point of my attention. I wanted to serve Him, even as the Priest served Him. Even though the years can blur many memories, I can testify that God let me know that someday I would be his servant. " Therefore, years later, as an adult, he accepted the calling from the Presiding Elder (Pastor) to the office of Priest -- after the order of the Aaronic Priesthood -- in the reorganized Church of Jesus Christ of Latter Day Saints. Many years before he was officially ordained, he taught adult Sunday school classes, including both biblical sacret scriptures and church history. After he was ordained he preached many sermons, blessed, and served Holy Communion. He even continued working in the church kitchen. He was happy to be able to baptize all the five of his daughters, who had accepted Jesus Christ as their Lord and Savior. He was even asked to deliver a funeral sermon for a friend but his love and his thankfulness rested in his belief that all five of his daughters had accepted Jesus Christ as their Lord and Savior. His joy was finally being able to read bible stories to his youngest daughter, Christina Dawn Michelle, at bedtime because he had more time to spend with family. David graduated from the University of Miami and received his Master’s Degree from the School of Education. He continued his educational journey earning a Post Graduate Specialist degree beyond his Master’s, never stopping his life-long pursuit of learning through formal and informal education and life learnings. David was a teacher at many Miami, Florida area schools, but an administrator at Southridge Senior High School as founding faculty, from 1974-2005. In addition, he spent his afternoons working with the after school program as the administrator at Devon Aire Elementary, dedicating his afternoons to furthering the education of youth through educational and enrichment activities. Over the years, he also was active in various civic, educational and arts organizations. He was an accomplished stained glass artisan, chess player, and an avid world traveler. In his ever-evolving quest for knowledge, he traveled extensively in his near-retirement and post-retirement years. His favorite pastime was to always spend time with family. David is survived by his wife, Sharon Linn Oppelt, the love of his life and high school sweetheart of 58 years. In addition, he is survived by their five daughters; Sharon Michelle, Kimberly Linn, Kendra Terra, Christel Page, and Christina Dawn Michelle, his 10 grandchildren, and 4 great grandchildren. A viewing and funeral service will be held on Saturday, April 2, 2022 at Van Orsdel Funeral Home, Kendall. Internment will follow at Our Lady of Mercy Cemetery.

David Victor Oppelt, a retired educator, husband, and father of 5, died Tuesday (March 22, 2022). He was 78 years old. He was born in San Bernardino, California on February 23, 1944. As a young boy living in Albuquerque, New Mexico, David,... View Obituary & Service Information

The family of David Victor Oppelt created this Life Tributes page to make it easy to share your memories.

Send flowers to the Oppelt family.