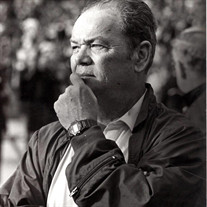 Plummer, Joseph Lionel “J.L.”, 85, from Miamah, Florida was born December 3, 1936 in Victoria Hospital – a sixth generation Floridian. Five generations before Mr. Plummer were born in Key West, Florida. After graduating from Miami Senior High School in 1953, Plummer went to the Cincinnati College of Mortuary Science. In 1957, at the age of 21, Plummer became the youngest person in the State of Florida to receive a funeral director’s license. J.L. came from a family where dedication to public service was an honored tradition. Plummer’s late brother, Larry, was a Florida State Senator from Monroe County’s District 39. His late father, Joe Plummer, Sr., served as a member of the Dade County School Board. A longtime resident of Coconut Grove, Plummer had been with his partner, Maria Cristina Palacios for 40 years. He has two daughters, Dawn Marie (Bobby) Ratiner and Joan Lorraine (Shannon) Livingston. Plummer has two stepsons, Alex (Maria Antonieta) and Eddie (Coraline) Montorro. He has one granddaughter, Katherine and eight grandsons; Jake, Jesse, Nate, Luca, Marco, Franco, Eduardo and Charles Sawyer. Mr. Plummer enjoyed motorcycling, boating, playing Liar’s Poker with his best buddies & keeping a watchful eye on his beloved peacocks. Plummer was a longtime member of Gesu Catholic Church where he was baptized, served as Treasurer and Head of the Ushers. Plummer began his life-long dedication to public service by serving on the City of Miami Planning and Zoning Board from July 1966, until his appointment to the Miami City Commission in October of 1970. His fellow commissioners elected him Vice-Mayor in December of that year. In November of 1971, he was elected to his first fully four-year term on the Miami City Commissions. He was re-elected in 1975, 1979, 1983, 1987 and 1991. In 1987, 65% of the voters supported him in the election, while 80.1% supported him in 1991. At the end of his final term he had served the City of Miami for 30 years. For the past 2 years, he has proudly carried the title of “Commissioner Emeritus.” Plummer served as the Chairman of the City’s International Trade Board and Chairman of the Bayfront Park Management Trust. He also served as an Advisory Board Member of the American Automobile Association, and Advisory Committee member and Vice Chairman of the State of Florida Department of Highway Safety and Motor Vehicles. He is the past Chairman of the Downtown Development Authority and the Miami Sports and Exhibition Authority. He was the first Treasurer for the Theodore R. Gibson Memorial Fund and continued to serve as a Board Member. In March 1987, former Governor Bob Graham appointed Plummer to the Growth Management Advisory Board. He was also appointed to serve on the Board of Directors of the Mercy Hospital Outpatient Center, South Florida regional Planning Council and Greater Miami Drug Abuse Council in January and April of 1987 respectively. He was a Past President of the Dade League of Cities, Florida League of Cities (and presently the Senior member of the Board), past Chairman of the Super Bowl Committee, General Chairman of the Budweiser Unlimited Hydroplane Regatta and was actively involved in the success of the Miami Grand Prix. As a member of several local and statewide service and civic organizations, Plummer was originating Chairman of the South Florida Elks Cripples Children’s Clinic and served as the youngest exalted ruler in the Miami Elks Lodge 948’s eighty-seven year history. Plummer was also a longtime member of the Knights of Columbus (3rd & 4th Degree); Key Western Club; Southwest Kiwanis Club; Syrian Lebanese American Club; Manatee Bay Club; Fraternal Order of Police; City of Miami Ecology and Environment Committee; the Board of Directors of Sister Cities International; Dade County Citizens Safety Council; Dade County Criminal Justice Council; University of Miami/Jackson Memorial Hospital Burn Center; A.H.E.P.A., and the Hispanic Heritage Council & an Honorary Member of the Boys and Girls Club of Miami. He was also affiliated with the American, Florida & Independent Funeral Directors. Plummer known to be a longtime advocate of the one-on-one diplomacy. He remembered that individual people are the basis of our political system; and the means of promoting local, statewide, national, and international comity and understanding. He will be dearly missed by his family. In lieu of flowers, his family requests donation be made to: St. Jude Children’s Research Hospital, 501 St. Jude Place, Memphis, TN 38105 or online at: https://www.stjude.org/donate/donate-to-st-jude.html?cID=14262&pID=24671&frequency_selected=2&sc_icid=faq-donate-in-honor-textjude

The Family of Commissioner Joseph Lionel Plummer, Jr., requests that In lieu of flowers donations be made to: St. Jude Children’s Research Hospital

Send flowers to the Plummer family.