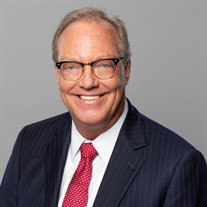 Charles Leonard Balli May 21, 1959 - April 22, 2022 Miami, Florida - Charles L. Balli, 62, died peacefully in his sleep on April 22, 2022. Born on May 21, 1959 in Coral Gables, Florida, Charles attended West Laboratory Elementary, Ponce de Leon Junior High, Coral Gables Senior High, and the University of Miami-where he obtained his Juris Doctor degree in 1986 and thereafter was admitted to the Florida Bar. As a youth, Charles was very active in the Children of the American Revolution. He served in offices of the local Tequesta Society and as a State President of Florida. As a participant in C.A.R., he traveled across Florida and the United States and made friends, many of which he kept all his life. Charles generously supported Florida C.A.R. as a member of the Past State President's Club. He was also a member of the Miami Chapter, Sons of the American Revolution. Charles worked as a successful insurance defense litigation attorney in Miami for more than 30 years, most recently at Buckner, Shifrin, Etter, Dugan & Bradfute where he has been Of Counsel since 2017. He was a member of the Coral Gables Bar, Dade County Bar, and the Dade County Defense Bar Association. An avid sports fan for all his Florida teams, especially "his" Miami Hurricanes, Charles was a season ticket holder for The Miami Dolphins. He also a held a special place in his heart for The Kentucky Derby. His mother Maxine and his father Carl predeceased Charles. His loving sister Mary Beth, as well as, many friends, cousins, and colleagues survive him. All who knew him will remember his intelligence, quick wit, and wicked sense of humor about life. As per his wishes, there will be no funeral service.

The family of Charles L. Balli created this Life Tributes page to make it easy to share your memories.

Send flowers to the Balli family.